Here is part of our Old Testament reading for today: ‘Then he brought me back to the door of the temple; and behold, water was issuing from below the threshold of the temple toward the east (for the temple faced east); and the water was flowing down from below the south end of the threshold of the temple, south of the altar. Then he brought me out by way of the north gate, and led me round on the outside to the outer gate, that faces toward the east; and the water was coming out on the south side. Going on eastward with a line in his hand, the man measured a thousand cubits, and then led me through the water; and it was ankle-deep. Again he measured a thousand, and led me through the water; and it was knee-deep. Again he measured a thousand, and led me through the water; and it was up to the loins. Again he measured a thousand, and it was a river that I could not pass through, for the water had risen; it was deep enough to swim in, a river that could not be passed through. And he said to me, “Son of man, have you seen this?”’ Such is the loving mercy of our God, flowing out in abundance to all. Pope St John Paul II wrote: ‘Mercy in itself, as a perfection of the infinite God, is also infinite. Also infinite therefore and inexhaustible is the Father’s readiness to receive the prodigal children who return to His home. Infinite are the readiness and power of forgiveness which flow continually from the marvellous value of the sacrifice of the Son. No human sin can prevail over this power or even limit it’. May you, today, reach out and be touched by His mercy and love, flowing out freely, and may He bless you this day. 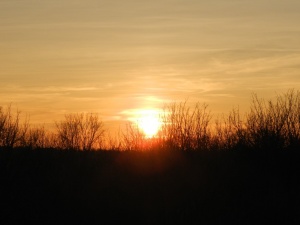