In today’s Gospel, Jesus says to those who are seeking to destroy Him, ‘If I am not doing the works of my Father, then do not believe me; but if I do them, even though you do not believe me, believe the works, that you may know and understand that the Father is in me and I am in the Father.” Again they tried to arrest him, but he escaped from their hands. He went away again across the Jordan to the place where John at first baptized, and there he remained. And many came to him; and they said, “John did no sign, but everything that John said about this man was true.” And many believed in him there’.

Here we see Jesus ‘escaping’, going away across the Jordan and remaining there. His ‘hour’, in St John’s phrase, has not yet fully come, though it is close. A couple of chapters on, Jesus says to the Greeks who had come seeking Him, ‘The hour has come for the Son of man to be glorified’. And in the following chapter, ‘Now before the feast of the Passover, when Jesus knew that his hour had come to depart out of this world to the Father, having loved his own who were in the world, he loved them to the end’. This, in St John’s understanding, is the ‘hour’ of glory, the Passion.

May we remain with him, for His hour, and in his hour, and may God bless you in all that you undertake in His name. 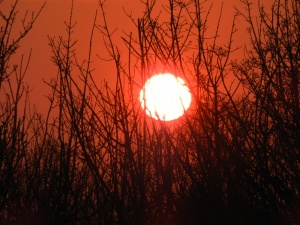