St Justin, one of the second century Christian martyrs, was born in Samaria about the year 100 AD and converted to Christianity, possibly at Ephesus, when he was about 30. In his writing, he quotes from the Gospels, which he calls the ‘memoirs’ of the Apostles, also from Hebrews, the Letters of St Paul, 1 Peter, and Acts – thus giving us a valuable window into the development at that time of the canon of the New Testament.

We also owe to him one of the earliest descriptions of the Mass. Here is an extract: ‘Having ended the prayers, we salute one another with a kiss. There is then brought to the president of the brethren bread and a cup of wine mixed with water; and he taking them, gives praise and glory to the Father of the universe, through the name of the Son and of the Holy Ghost, and offers thanks at considerable length for our being counted worthy to receive these things at His hands. And when he has concluded the prayers and thanksgivings, all the people present express their assent by saying Amen. And when the president has given thanks, and all the people have expressed their assent, those who are called by us deacons give to each of those present to partake of the bread and wine mixed with water over which the thanksgiving was pronounced, and to those who are absent they carry away a portion’. This account is so recognisably connected to the Mass of our own day.

May St Justin pray for us in all the challenges to the faith that we meet, and may God bless you. 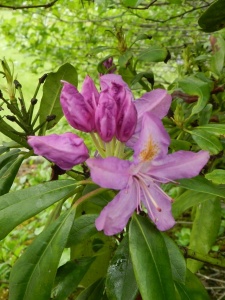