This great saint of the North is embedded in the Catholic memory of our country, for his life of prayer and service to the entire people of God. Here is a little of what St Bede the Venerable says of him: ‘The same year that King Egfrid departed this life, he (as has been said) promoted to the bishopric of the church of Lindisfarne the holy and venerable Cuthbert, who had for many years led a solitary life, in great continence of body and mind, in a very small island, called Farne, distant almost nine miles from that same church, in the ocean. From his very childhood he had always been inflamed with the desire of a religious life; but he took upon him the habit and name of a monk when he was a young man: he first entered into the monastery of Melrose, which is on the bank of the river Tweed, and was then governed by the Abbot Eata, a meek and simple man, who was afterwards made bishop of the church of Hagulstad or Lindisfarne, as has been said above, over which monastery at that time was placed Boisil, a priest of great virtue and of a prophetic spirit. Cuthbert, humbly submitting himself to this man’s direction., from him received both the knowledge of the Holy Scriptures, and example of good works. After he had departed to our Lord, Cuthbert was placed over that monastery, where he instructed many in regular life, both by the authority of a master, and the example of his own behaviour. Nor did he afford admonitions and an example of a regular life to his monastery alone, but endeavoured to convert the people round – about far and near from the life of foolish custom, to the love of heavenly joys … Cuthbert was so skilful an orator so fond was he of enforcing his subject, and such a brightness appeared in his angelic face, that no man present presumed to conceal from him the most hidden secrets of his heart, but all openly confessed what they had done …’

May the wisdom of St Cuthbert inspire us, and may he pray for us in all our endeavours; and may God bless you this day. 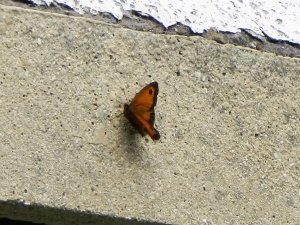