Today is also the Optional Memoria of Pope St John XXIII, who was canonised with Pope St John Paul II by Pope Francis in 2014.

In his homily for the occasion, Pope Francis said: ‘Saint John XXIII and Saint John Paul II were not afraid to look upon the wounds of Jesus, to touch his torn hands and his pierced side. They were not ashamed of the flesh of Christ, they were not scandalized by him, by his cross; they did not despise the flesh of their brother, because they saw Jesus in every person who suffers and struggles. These were two men of courage, filled with the “parrhesia” of the Holy Spirit, and they bore witness before the Church and the world to God’s goodness and mercy. They were priests, and bishops and popes of the twentieth century. They lived through the tragic events of that century, but they were not overwhelmed by them. For them, God was more powerful; faith was more powerful – faith in Jesus Christ the Redeemer of man and the Lord of history; the mercy of God, shown by those five wounds, was more powerful; and more powerful too was the closeness of Mary our Mother’.

‘Parrhesia’ is a Greek word, found in the New Testament, meaning candour, frankness; boldness of speech. In its spiritual framework, it belongs with a trusting confidence in our Lord, the foundation of all true speech. Both these two saints showed it forth admirably, each in his own way.

May St John XXIII pray for us, and may God bless you this day. 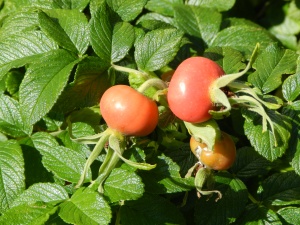