St Bede the Venerable says of St Cedd: ‘Cedd for many years having charge of the bishopric in the aforesaid province [East Saxons], and of this monastery, over which he had placed superiors, it happened that he came thither at a time when there was a mortality, and fell sick and died. He was first buried in the open air; but in the process of time a church was built of stone in the monastery, in honour of the Mother of God, and his body interred in the same, on the right hand of the altar. The bishop left the monastery to be governed after him by his brother Chad, who was afterwards made bishop, as shall be said in its place. For the four brothers we have mentioned, Cedd and Cynebil, Celia and Ceadda [Chad], which is a rare thing to be met with, were all celebrated priests of our Lord, and two of them also came to be bishops. When the brethren who were in his monastery, in the province of the East Saxons, heard that the bishop was dead in the province of the Northumbrians, about thirty men of that monastery came thither, being desirous either to live near the body of their father, if it should please God, or to die there and be buried.’

The English monastic tradition in this land has a noble and illustrious history, as also that of the Anglo-Saxon Church. May both bear fruit abundantly in this our day, and may St Cedd pray for us, and God bless us. 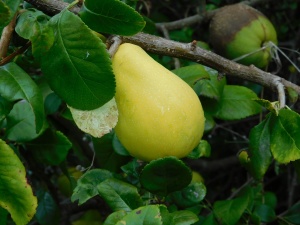