Here is today’s Gospel: ‘He also told this parable to some who trusted in themselves that they were righteous and despised others: “Two men went up into the temple to pray, one a Pharisee and the other a tax collector. The Pharisee stood and prayed thus with himself, ‘God, I thank thee that I am not like other men, extortioners, unjust, adulterers, or even like this tax collector. I fast twice a week, I give tithes of all that I get.’ But the tax collector, standing far off, would not even lift up his eyes to heaven, but beat his breast, saying, ‘God, be merciful to me a sinner!’ I tell you, this man went down to his house justified rather than the other; for everyone who exalts himself will be humbled, but he who humbles himself will be exalted.”’

St Benedict, in his Rule, has this to say about humility: ‘Then, when all these degrees of humility have been climbed, the monk will presently come to that perfect love of God which casts out all fear: whereby he will begin to observe without labour, as though naturally and by habit, all those precepts which formerly he did not observe without fear; no longer for fear of hell, but for love of Christ and through good habit and delight in virtue’.

Dom Paul Delatte OSB writes of humility thus: ‘If humility be really in the heart it will appear in the body also, and will regulate all its movements; it will be like a new temperament, a nature made in humility replacing the old’. The humble tax collector already had this ‘new temperament’, this new nature, which belongs to the children of God. It is ours through the gift and grace of baptism. May we fearlessly put it on, like a garment, day by day, as we are continually being remade in the likeness of God. May God bless all your efforts for Him today. 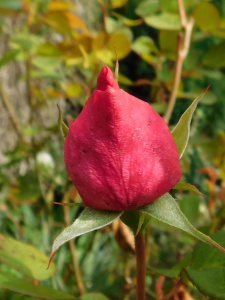