St John Damascene was a monk of the monastery of Mar Saba, near Jerusalem.

Pope Benedict XVI said of him in 2009: ‘Today I should like to speak about John Damascene, a personage of prime importance in the history of Byzantine Theology, a great Doctor in the history of the Universal Church. Above all he was an eyewitness of the passage from the Greek and Syrian Christian cultures shared by the Eastern part of the Byzantine Empire, to the Islamic culture, which spread through its military conquests in the territory commonly known as the Middle or Near East. John, born into a wealthy Christian family, at an early age assumed the role, perhaps already held by his father, of Treasurer of the Caliphate. Very soon, however, dissatisfied with life at court, he decided on a monastic life, and entered the monastery of Mar Saba, near Jerusalem. This was around the year 700. He never again left the monastery, but dedicated all his energy to ascesis and literary work, not disdaining a certain amount of pastoral activity, as is shown by his numerous homilies. His liturgical commemoration is on the 4 December. Pope Leo XIII proclaimed him Doctor of the Universal Church in 1890’.

It was Pope St John Paul II who asserted the need of the Church to breathe with both lungs, East and West. May we treasure this rich heritage in the Church today, drawing deeply on its wisdom, and may God bless you. 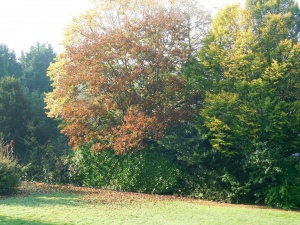