St Matthew tells the story: ‘Then Herod, when he saw that he had been tricked by the wise men, was in a furious rage, and he sent and killed all the male children in Bethlehem and in all that region who were two years old or under, according to the time which he had ascertained from the wise men. Then was fulfilled what was spoken by the prophet Jeremiah: “A voice was heard in Ramah, wailing and loud lamentation, Rachel weeping for her children; she refused to be consoled, because they were no more.”’

St Quodvultdeus, a fifth century saint, addressed Herod in a sermon: ‘Why are you afraid, Herod, when you hear of the birth of a king? He does not come to drive you out, but to conquer the devil. But because you do not understand this you are disturbed and in a rage, and to destroy one child whom you seek, you show your cruelty in the death of so many children. … The children die for Christ, though they do not know it. The parents mourn for the death of martyrs. The child makes of those as yet unable to speak, fit witnesses to himself. See the kind of kingdom that is his, coming as he did in order to be this kind of king. See how the deliverer is already working deliverance, the Saviour already working salvation. But you, Herod, do not know this and are disturbed and furious. While you vent your fury against the child, you are already paying him homage, and do not know it. How great a gift of grace is here! To what merits of their own do the children owe this kind of victory? They cannot speak, yet they bear witness to Christ. They cannot use their limbs to engage in battle, yet already they bear off the palm of victory’.

Today we pray especially for children, and in particular for those who suffer. May God bless you this day. 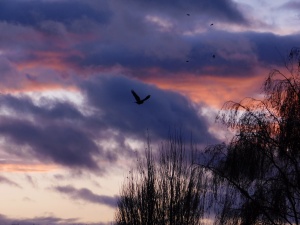