From today’s Gospel reading: ‘As he walked by the Sea of Galilee, he saw two brothers, Simon who is called Peter and Andrew his brother, casting a net into the sea; for they were fishermen. And he said to them, “Follow me, and I will make you fishers of men.” Immediately they left their nets and followed him. And going on from there he saw two other brothers, James the son of Zebedee and John his brother, in the boat with Zebedee their father, mending their nets, and he called them. Immediately they left the boat and their father, and followed him’.

Here we have the call of the first disciples. The brief account has the word ‘immediately’ twice! Simon Peter and Andrew, James and John, left their nets, their boat, and in the case of the latter their father, and followed the One who had called them.

The Lord calls to each one of us every day. Will we follow? Will it be immediately, or ‘not just yet, Lord’? Let us pray that we may have the grace to hear the Word of God, and practise it fully in our lives. May God bless you this day in all your endeavours for Him. 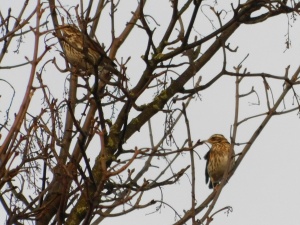