From our Old Testament reading today: ‘Then the word of the Lord came to Jonah the second time, saying, “Arise, go to Nineveh, that great city, and proclaim to it the message that I tell you.” So Jonah arose and went to Nineveh, according to the word of the Lord. Now Nineveh was an exceedingly great city, three days’ journey in breadth. Jonah began to go into the city, going a day’s journey. And he cried, “Yet forty days, and Nineveh shall be overthrown!” And the people of Nineveh believed God; they proclaimed a fast, and put on sackcloth, from the greatest of them to the least of them. … When God saw what they did, how they turned from their evil way, God repented of the evil which he had said he would do to them; and he did not do it’.

Likewise, God responds to us, to our every effort, with His grace and help. May you be enabled to place all your trust in Him, and know that He will act for your good. 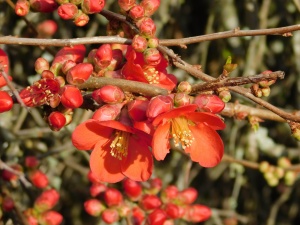