Today’s Old Testament reading tells us of the capture and sale of Joseph: ‘They saw him afar off, and before he came near to them they conspired against him to kill him. They said to one another, “Here comes this dreamer. Come now, let us kill him and throw him into one of the pits; then we shall say that a wild beast has devoured him, and we shall see what will become of his dreams.” But when Reuben heard it, he delivered him out of their hands, saying, “Let us not take his life.” And Reuben said to them, “Shed no blood; cast him into this pit here in the wilderness, but lay no hand upon him”—that he might rescue him out of their hand, to restore him to his father. Then Midianite traders passed by; and they drew Joseph up and lifted him out of the pit, and sold him to the Ishmaelites for twenty shekels of silver; and they took Joseph to Egypt’.

Later, it will turn out to be part of God’s plan that Joseph was sent to Egypt; for he was able to rescue his brothers and their father in time of famine. God’s purposes work themselves out in unexpected ways. Let us learn to trust Him in all … and may God bless you in all that you do for Him. 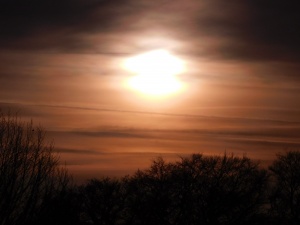