St George was designated as Patron of England by King Edward III in 1350. It is believed that he was chosen because of the stories of his courage and bravery that had reached this country. He had been known here since about the seventh century, but it was during the Crusades that his cult gained new impetus.

In our own day we likewise see new forms of courage and bravery in the challenging times in which we find ourselves.

May St George watch over our country and keep us from harm. May God bless you. 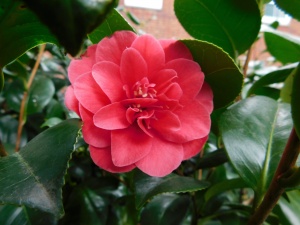