Today’s Gospel gives us the story of the multiplication of the leaves and fishes, from John’s Gospel: ‘Jesus then took the loaves, and when he had given thanks, he distributed them to those who were seated; so also the fish, as much as they wanted. And when they had eaten their fill, he told his disciples, “Gather up the fragments left over, that nothing may be lost.” So they gathered them up and filled twelve baskets with fragments from the five barley loaves, left by those who had eaten’.

This story has clear Eucharistic overtones, all the more poignant in these days of Eucharistic deprivation. But the Lord who is able to create twelve baskets left over from five barley loaves, is able to enter our hearts as if we had received the Sacrament, if we invite Him. We may offer this sacrifice especially for those undergoing persecution for the Faith, where churches are closed and even destroyed.

May He bless you abundantly this day, and make you know His Presence with absolute certainty. 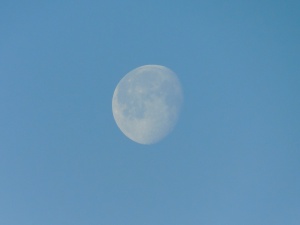