Here is part of the account in the Acts of the Apostles, describing the election of Matthias, to replace Judas Iscariot: ‘“So one of the men who have accompanied us during all the time that the Lord Jesus went in and out among us, beginning from the baptism of John until the day when he was taken up from us—one of these men must become with us a witness to his resurrection.” And they put forward two, Joseph called Barsabbas, who was surnamed Justus, and Matthias. And they prayed and said, “Lord, who knowest the hearts of all men, show which one of these two thou hast chosen to take the place in this ministry and apostleship from which Judas turned aside, to go to his own place.” And they cast lots for them, and the lot fell on Matthias; and he was enrolled with the eleven apostles’.

The election was not ‘democratic’ as we would understand the word today – rather, it was in order to determine whom the Lord Himself had already chosen. And Matthias was the one.

In all the choices we must make, let us take care to place all under the guidance of the Lord and His Holy Spirit, who knows our hearts and minds better than we do ourselves.

Today we join with all who are keeping today as a day of prayer for the ending of the pandemic. May God bless you and keep you safe in His Love. 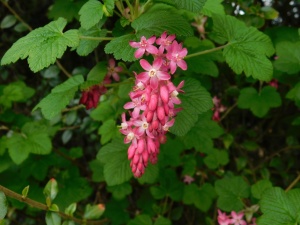