Here is the account of how St Augustine came to England, from Bede’s ‘Ecclesiastical History’: ‘In the year of our Lord 582, Maurice, the fifty-fourth from Augustus, ascended the throne, and reigned twenty-one years. In the tenth year of his reign, Gregory, a man renowned for learning and behaviour, was promoted to the apostolical see of Rome, and presided over it thirteen years, six months and ten days. He … sent the servant of God, Augustine, and with him several other monks, who feared the Lord, to preach the word of God to the English nation. They having, in obedience to the pope’s commands, undertaken that work, were, on their journey, seized with a sudden fear, and began to think of returning home …  In short, they sent back Augustine, who had been appointed to be consecrated bishop in case they were received by the English, that he might, by humble entreaty, obtain of the Holy Gregory, that they should not be compelled to undertake so dangerous, toilsome, and uncertain a journey. The pope, in reply, sent them a hortatory epistle, persuading them to proceed in the work of the Divine Word, and rely on the assistance of the Almighty: “Gregory, the servant of the servants of God, to the servants of our Lord. Forasmuch as it had been better not to begin a good work, than to think of desisting from that which has been begun, it behoves you, my beloved sons, to fulfil the good work, which, by the help of our Lord, you have undertaken. … Almighty God protect you with his grace, and grant that I may, in the heavenly country, see the fruits of your labour. … God keep you in safety, my most beloved sons. Dated the 23rd of July, in the fourteenth year of the reign of our pious and most august lord, Mauritius Tiberius …”’

May God bless you this day, and keep your faith, hope and love firm. 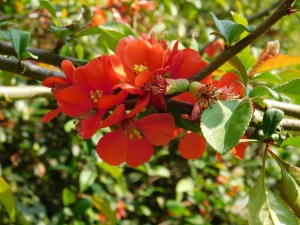