In 2004, Pope St John Paul II commemorated the 1250th anniversary of the Devon-born Apostle of Germany, who was martyred there in the year 754.

He said: ‘Deeply rooted in the Christianity of his native country, St Boniface impressed spiritual strength and joy upon his life. He passed on this inheritance with passion to those to whom he proclaimed the Gospel. What he had received in his homeland was to become a customary practice in Germany too, and would bear fruit. The Abbey of Fulda, the foundation so dear to St Boniface, became with others a centre of outreach of the religious and spiritual life. Indeed, the saint encouraged the crucial encounter between the Roman-Christian and Germanic cultures, whose importance for history was demonstrated in the subsequent centuries:  to him we owe the Christian foundations of Europe. … The artist who decorated the tomb of St Boniface shows him resting in the sarcophagus keeping watch as he raised the lid:  a good Shepherd, in fact, does not forget his own flock on earth even in the glory of Heaven. Let us therefore turn to the “Apostle of Germany” and implore his intercession so that the faith he proclaimed to the Church which he founded may flourish today too, and in the future as in the past, and bear a valid witness to Christ’s Gospel’.

St Boniface, pray for us! May God bless you this day. 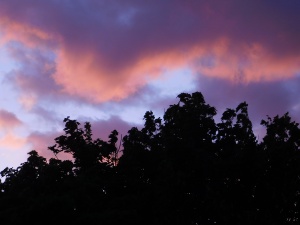