‘Now the company of those who believed were of one heart and soul, and no one said that any of the things which he possessed was his own, but they had everything in common. And with great power the apostles gave their testimony to the resurrection of the Lord Jesus, and great grace was upon them all. There was not a needy person among them, for as many as were possessors of lands or houses sold them, and brought the proceeds of what was sold and laid it at the apostles’ feet; and distribution was made to each as any had need. Thus Joseph who was surnamed by the apostles Barnabas (which means, Son of encouragement), a Levite, a native of Cyprus, sold a field which belonged to him, and brought the money and laid it at the apostles’ feet’.

This is the first mention of Barnabas in the Book of Acts. Later, the apostles ‘sent Barnabas to Antioch. When he came and saw the grace of God, he was glad; and he exhorted them all to remain faithful to the Lord with steadfast purpose; for he was a good man, full of the Holy Spirit and of faith. And a large company was added to the Lord. So Barnabas went to Tarsus to look for Saul; and when he had found him, he brought him to Antioch. For a whole year they met with the church, and taught a large company of people; and in Antioch the disciples were for the first time called Christians’.

May this ‘son of encouragement’ be close to us this day, giving us courage in all the challenges that face us at this time. May God bless you this day. 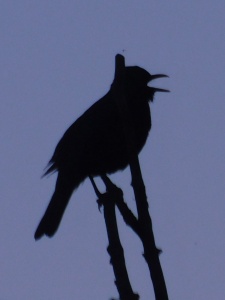