Today is also the Optional Memoria of St Oliver Plunkett, the last Catholic Martyr to die in England, on this day in 1681. An Irishman, he had studied at the Irish College in Rome, remaining there until he was appointed Archbishop of Armagh and Primate of All Ireland in 1669. Much of his time as Archbishop was spent in hiding, but he nevertheless managed to strengthen the Irish Church before his arrest in 1679 and death two years later at Tyburn.

At his canonisation in 1975, Pope (now St) Paul VI said: ‘After the example of the King of Martyrs, there was no rancour in his heart. Moreover, he sealed by his death the same message and ministry of reconciliation that he had preached and performed during his life. In his pastoral activities, his exhortation had been one of pardon and peace. With men of violence he was indeed the advocate of justice and the friend of the oppressed, but he would not compromise with truth or condone violence: he would not substitute another gospel for the Gospel of peace. And his witness is alive today in the Church, as he insists with the Apostle Peter: “Never pay back one wrong with another”. O what a model of reconciliation: a sure guide for our day! Oliver Plunkett had understood with Saint Paul that “it was God who reconciled us to himself through Christ and gave us the work of handing on this reconciliation”. From Jesus himself he had learned to pray for his persecutors and with Jesus he could say: “Father, forgive them”’. 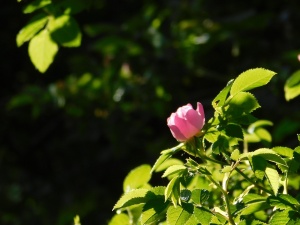