Today, had it not been a Sunday, we would have kept the Feast of St Teresa Benedicta of the Cross OCD (Edith Stein), martyred at Auschwitz in 1942.

It is worth quoting from the homily preached by Pope (now Saint) John Paul II when he canonised her in 1998: ‘The new saint teaches us that love for Christ undergoes suffering. Whoever truly loves does not stop at the prospect of suffering: he accepts communion in suffering with the one he loves. [She said:] “Today I know far better what it means to be the Lord’s bride under the sign of the Cross. But since it is a mystery, it can never be understood by reason alone”. The mystery of the Cross gradually enveloped her whole life, spurring her to the point of making the supreme sacrifice. As a bride on the Cross, Sr Teresa Benedicta did not only write profound pages about the “science of the Cross”, but was thoroughly trained in the school of the Cross. Many of our contemporaries would like to silence the Cross. But nothing is more eloquent than the Cross when silenced! The true message of suffering is a lesson of love. Love makes suffering fruitful and suffering deepens love. … The depth of the divine mystery became perceptible to her in the silence of contemplation. Gradually, throughout her life, as she grew in the knowledge of God, worshipping him in spirit and truth, she experienced ever more clearly her specific vocation to ascend the Cross with Christ, to embrace it with serenity and trust, to love it by following in the footsteps of her beloved Spouse: St Teresa Benedicta of the Cross is offered to us today as a model to inspire us and a protectress to call upon’.

In the silent suffering of the pandemic, we give thanks to God for St Teresa Benedicta. May she pray for us, and may God bless you. 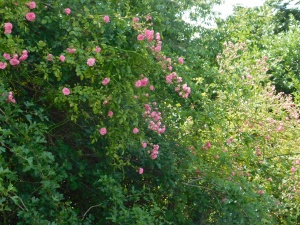