In 1979, Pope St John Paul II preached a remarkable homily at Auschwitz, where St Maximilian Mary died by lethal injection in 1941 on this day, in place of another prisoner. Here is part of the homily: ‘This victory through faith and love was won in this place by a man whose first name is Maximilian Mary. Surname: Kolbe. Profession (as registered in the books of the concentration camp): Catholic priest. Vocation: a son of Saint Francis. Birth: a son of simple, hardworking devout parents, who were weavers near Łódź. By God’s grace and the Church’s judgment: Blessed. The victory through faith and love was won by him in this place, which was built for the negation of faith—faith in God and faith in man—and to trample radically not only on love but on all signs of human dignity, of humanity. A place built on hatred and on contempt for man in the name of a crazed ideology. A place built on cruelty. … In this site of the terrible slaughter that brought death to four million people of different nations. … I am here today as a pilgrim. It is well known that I have been here many times. So many times! And many times I have gone down to Maximilian Kolbe’s death cell and kneeled in front of the execution wall and passed among the ruins of the cremation furnaces of Birkenau’.

This Conventual Franciscan Friar’s life still has a very real message for us today, in terms of that ‘greater love’ which lays itself down for others, both literally and metaphorically.

May St Maximilian Mary pray for us, and may God bless you this day. 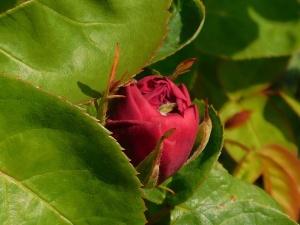