The Passionist Blessed Dominic Barberi is closely associated with the Archdiocese of Birmingham, and he is also important to us as the priest who received St John Henry Newman into the full communion of the Catholic Church.

We pray for the canonisation of this saintly man of God, who evangelised so much of the West Midlands, bringing many to Christ.

In 1889, a year before Newman’s own death, he wrote to Cardinal Parocchi, at that time Vicar of Rome: ‘My dear Lord Cardinal, Thank you for the interest you express in a case which is very dear to me, as is well recognised by the Passionist Fathers. Certainly Fr. Dominic of the Mother of God was a most striking missionary and preacher and he had great part in my own conversion and in that of others. His very look had a holy aspect which when his figure came in sight in my circle most singularly affected me, and his remarkable “bonhomie” in the midst of his sanctity was in itself a real holy preaching. No wonder, then, I became his convert and penitent. He was a great lover of England. I grieved at his sudden death, and I thought and hoped he would receive from Rome the “aureola” of a Saint as is now to be’.

May Blessed Dominic of the Mother of God pray for us, and may God bless you this day. 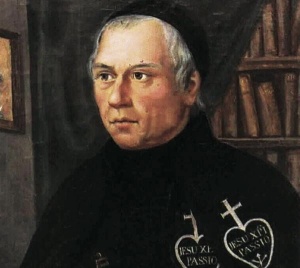