Pope Benedict XVI said of this Memoria: ‘Today’s Memorial commemoration dates back to the dedication of a crypt in Sebaste, Samaria, where his head had already been venerated since the middle of the fourth century. The devotion later extended to Jerusalem, both in the Churches of the East and in Rome, with the title of the Beheading of St John the Baptist. In the Roman Martyrology reference is made to a second discovery of the precious relic, translated for the occasion to the Church of San Silvestro in Campo Marzio, Rome. … The entire existence of the Forerunner of Jesus was nourished by his relationship with God, particularly the period he spent in desert regions. The desert regions are places of temptation but also where man acquires a sense of his own poverty because once deprived of material support and security, he understands that the only steadfast reference point is God himself. John the Baptist, however, is not only a man of prayer, in permanent contact with God, but also a guide in this relationship. The Evangelist Luke, recalling the prayer that Jesus taught his disciples, the Our Father, notes that the request was formulated by the disciples in these words: “Lord, teach us to pray, just as John taught his own disciples”’.

May the witness of John the Baptist nourish our own life of prayer, with God as our only stable reference point in life, as He was for John. May God bless you this day, and may you know His presence even in ‘desert’ places. 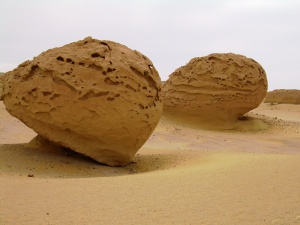