From today’s Old Testament, from Ecclesiasticus: ‘Forgive your neighbour the wrong he has done, and then your sins will be pardoned when you pray’. This has clear overtones of the Lord’s Prayer, given to the disciples many centuries later.

St Benedict also makes this point in his Rule: ‘The Offices of Lauds and Vespers should never be allowed to pass without the superior at the end of all reciting the Lord’s Prayer in the hearing of all the brethren, on account of the thorns of scandal which are wont to arise; so that warned by the covenant which they make in that prayer, saying: “Forgive us as we forgive”, they may cleanse themselves of such faults’.

St Benedict is a realist; he recognises that conflicts are bound to arise in a Community of fallible human beings; and he prescribes the slow, steady practice of daily forgiveness. May we learn from him how truly to forgive when we have been wronged, and so receive the pardon for our own misdeeds. May God bless you this day. 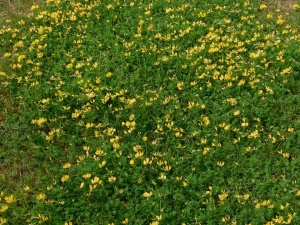