Today is also the day when two foundation stones of the English Church, namely Saints Theodore of Canterbury, and Adrian, Abbot, also known as Hadrian, are remembered. St Bede wrote of ‘an abbot, called Hadrian, by nation an African, well versed in holy writ, experienced in monastic and ecclesiastical discipline, and excellently skilled both in the Greek and Latin tongues. The pope, sending for him, commanded him to accept of the bishopric, and repair into Britain; he answered, that he was unworthy of so great a dignity, but said he could name another, whose learning and age were fitter for the episcopal office. And having proposed to the pope a certain monk, belonging to a neighbouring monastery of virgins, whose name was Andrew, he was by all that knew him judged worthy of a bishopric; but bodily infirmity prevented his being advanced to the episcopal station. Then again Hadrian was pressed to accept of the bishopric; but he desired a respite for a time, to see whether he could find another fit to be ordained bishop. There was at that time in Rome, a monk, called Theodore, well known to Hadrian, born at Tarsus in Cilicia, a man well instructed in worldly and Divine literature, as also in Greek and Latin; of known probity of life, and venerable for age, being sixty-six years old. Hadrian offered him to the pope to be ordained bishop, and prevailed. …’

As we remember them, let us pray today for the English Church, that she may flourish and deepen in this our day. And may God bless you. 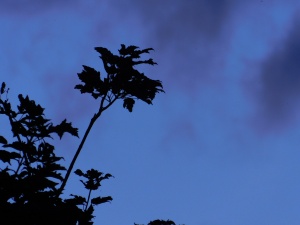