‘Give for alms those things which are within …’ How do we live out Our Lord’s words from today’s Gospel? It is through love – and love cannot but express itself in deeds.

St Francis de Sales, in his ‘Treatise on the Love of God’, wrote: ‘Upon a day St Frances [of Rome] was reciting Our Lady’s Office, and, as it commonly happens that if there is but one affair in the whole day, it presses most at time of prayer, this holy lady was called away by her husband for some household matter, and four sundry times thinking to take up again the thread of her Office, she was called from it again, and constrained to interrupt the same verse, till this blessed affair, for which they had so importunately interrupted her prayer, being finished at last, when she returned to her Office she found the verse, so often left by obedience and so often recommenced by devotion, all written in fair golden letters, which her devout companion, Madam Vannocia swore she saw the dear Angel-Guardian of the Saint writing, as S. Paul afterwards revealed to the Saint herself’.

So it can often be with us … may God bless you this day, especially in the interruptions, through which inner ‘alms’ are given. 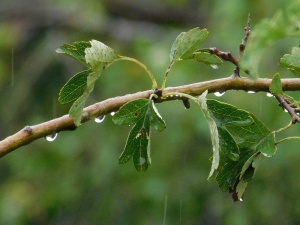