St Ignatius, while on his way to be martyred, wrote several Epistles which have come down to us as precious treasures. Here is part of his Letter to the Romans: ‘For though I am alive while I write to you, yet I am eager to die. My love has been crucified, and there is no fire in me desiring to be fed; but there is within me a water that lives and speaks, saying to me inwardly, Come to the Father. I have no delight in corruptible food, nor in the pleasures of this life. I desire the bread of God, the heavenly bread, the bread of life, which is the flesh of Jesus Christ, the Son of God, who became afterwards of the seed of David and Abraham; and I desire the drink of God, namely His blood, which is incorruptible love and eternal life’.

The Letter ends after his death: ‘Having ourselves been eye-witnesses of these things, and having spent the whole night in tears within the house, and having entreated the Lord, with bended knees and much prayer, that He would give us weak men full assurance respecting the things which were done, it came to pass, on our falling into a brief slumber, that some of us saw the blessed Ignatius suddenly standing by us and embracing us, while others beheld him again praying for us, and others still saw him dropping with sweat, as if he had just come from his great labour, and standing by the Lord. When, therefore, we had with great joy witnessed these things, and had compared our several visions together, we sang praise to God, the giver of all good things …’

May God bless you, and may St Ignatius pray for us all. 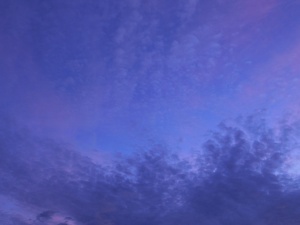