Alongside this, an extract from the ‘Life of Antony’, by St Athanasius: ‘Nor was the Lord then forgetful of Antony’s wrestling, but was at hand to help him. So looking up he saw the roof as it were opened, and a ray of light descending to him. The demons suddenly vanished, the pain of his body straightway ceased, and the building was again whole. But Antony feeling the help, and getting his breath again, and being freed from pain, besought the vision which had appeared to him, saying, “Where wert thou? Why didst thou not appear at the beginning to make my pains to cease?” And a voice came to him, “Antony, I was here, but I waited to see thy fight; wherefore since thou hast endured, and hast not been worsted, I will ever be a succour to thee, and will make thy name known everywhere”. Having heard this, Antony arose and prayed, and received such strength that he perceived that he had more power in his body than formerly. And he was then about thirty-five years old’.

So we may draw strength from Antony’s words. May God preserve you in any conflicts you may undergo for His sake, and may God bless you this day. 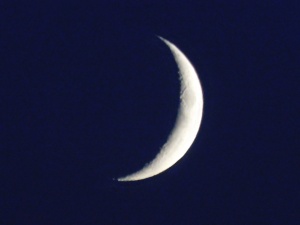