‘He who is united to the Lord becomes one spirit with him’. These astonishing words come from our New Testament reading for today, from 1 Corinthians.

Today would normally be the Memoria of St Anthony, the Father of monks. To shed light on the Scripture quotation, here is a section from the Life of St Anthony, written by St Athanasius. It describes how St Anthony was after twenty years in the desert, surely ‘united to the Lord’ – the fruits of his sojourn there: ‘And so for nearly twenty years he continued training himself in solitude, never going forth, and but seldom seen by any. After this, when many were eager and wishful to imitate his discipline, and his acquaintances came and began to cast down and wrench off the door by force, Antony, as from a shrine, came forth initiated in the mysteries and filled with the Spirit of God. Then for the first time he was seen outside the fort by those who came to see him. And they, when they saw him, wondered at the sight, for he had the same habit of body as before, and was neither fat, like a man without exercise, nor lean from fasting and striving with the demons, but he was just the same as they had known him before his retirement. And again his soul was free from blemish, for it was neither contracted as if by grief, nor relaxed by pleasure, nor possessed by laughter or dejection, for he was not troubled when he beheld the crowd, nor overjoyed at being saluted by so many. But he was altogether even as being guided by reason, and abiding in a natural state’.

For many of us, our ‘desert’ is our ordinary lives, where God is at work to unite us to Himself. May we progress joyfully down this path, and may St Anthony pray for us, for God’s blessing upon this day. 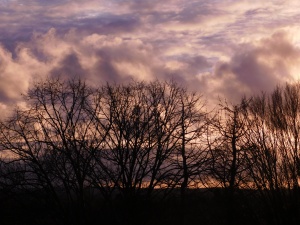