Here is part of today’s Gospel reading, from St John: ‘After this there was a feast of the Jews, and Jesus went up to Jerusalem. Now there is in Jerusalem by the Sheep Gate a pool, in Hebrew called Bethzatha, which has five porticoes. In these lay a multitude of invalids, blind, lame, paralyzed. One man was there, who had been ill for thirty-eight years. When Jesus saw him and knew that he had been lying there a long time, he said to him, “Do you want to be healed?” The sick man answered him, “Sir, I have no man to put me into the pool when the water is troubled, and while I am going another steps down before me.” Jesus said to him, “Rise, take up your pallet, and walk.” And at once the man was healed, and he took up his pallet and walked. Now that day was the sabbath’.

Notice the word ‘Rise’ – an early, hidden reference to the Resurrection. The word is used for rising from the dead as well as for simple awakening from sleep. The healing is more than physical, it is a turning towards a new identity and a new way of life.

May we, this Easter, also rise with Him, and enter into fullness of life. May God bless you. 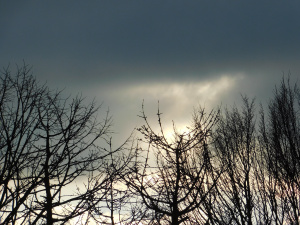