Here is today’s New Testament reading, from 1 John: ‘Beloved, let us love one another; for love is of God, and he who loves is born of God and knows God. He who does not love does not know God; for God is love. In this the love of God was made manifest among us, that God sent his only Son into the world, so that we might live through him. In this is love, not that we loved God but that he loved us and sent his Son to be the expiation for our sins’.

Today is the Day of Prayer for Eastern Christians, that is those in the Middle East, North Africa and the Horn of Africa. As Pope Francis has said: ‘The Eastern Christians are a small flock, but one with a great responsibility in the land where Christianity was born and first spread…..They are like leaven in the dough…..Even more than the many contributions that the Eastern Churches make in the areas of education, healthcare and social services, which are esteemed by all, the greatest source of enrichment in the region is the presence of Christians themselves’.

These are the Christians who show the love of which St John has written, and who have suffered for it. Yet they have remained faithful. Cardinal Michael Fitzgerald, himself a Missionary of Africa, has written this prayer which you may like to use today: ‘Heavenly Father, we pray today for peace in the world, especially in the Middle East. By your heavenly grace, strengthen the faith and hope of Eastern Christians. May they be blessed with peace and prosperity in their countries.  May we be inspired by their devotion and witness to the Gospel, by their love and compassion for all in their communities, and by their courage, their endurance and self-sacrifice. Through their charity, tolerance and friendship, bring peace and reconciliation to those troubled lands, where Christianity was born and first spread. This we ask of you through Christ our Lord.  Amen’.

May God bless you today in your own place, wherever you are. 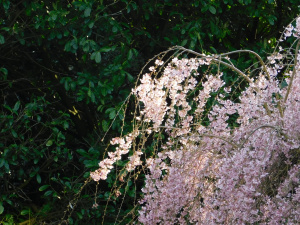