Here is today’s Gospel,  from St Matthew: ‘And after six days Jesus took with him Peter and James and John his brother, and led them up a high mountain apart. And he was transfigured before them, and his face shone like the sun, and his garments became white as light. And behold, there appeared to them Moses and Elijah, talking with him. And Peter said to Jesus, “Lord, it is well that we are here; if you wish, I will make three booths here, one for you and one for Moses and one for Elijah.” He was still speaking, when lo, a bright cloud overshadowed them, and a voice from the cloud said, “This is my beloved Son, with whom I am well pleased; listen to him.” When the disciples heard this, they fell on their faces, and were filled with awe. But Jesus came and touched them, saying, “Rise, and have no fear.” And when they lifted up their eyes, they saw no one but Jesus only. And as they were coming down the mountain, Jesus commanded them, “Tell no one the vision, until the Son of man is raised from the dead.”’

St John Chrysostom wrote: ‘If we will, we also shall behold Christ, not as they then on the mount, but in far greater brightness. For not thus shall He come hereafter. For whereas then, to spare His disciples, He discovered so much only of His brightness as they were able to bear; hereafter He shall come in the very glory of the Father, not with Moses and Elias only, but with the infinite host of the angels, with the archangels, with the cherubim, with those infinite tribes, not having a cloud over His head, but even heaven itself being folded up’.

May we truly live our lives in expectation of the fulfilment of this promise, and may God bless you abundantly on this glorious feast day.

For our latest news, see below:

The monks have offered one of the properties on the Prinknash estate to the Sisters of the Blessed Virgin Mary, OSB, an autonomous community of nuns established within the Personal Ordinariate of Our Lady of Walsingham following the Benedictine Rule and currently living at Kingstanding in Birmingham.

The Sisters of the Blessed Virgin Mary, OSB, were received into the Catholic Church at the Oxford Oratory in 2013. They are part of the Personal Ordinariate of Our Lady of Walsingham, established by Pope Benedict XVI and are aggregated to the Subiaco-Cassinese Congregation.

The refurbishment of buildings at the new monastery for nuns will include new guest and retreat facilities for individuals and groups, especially of young people. The work is expected to take two years.

The Abbot Administrator of Prinknash said: Prinknash is a much-loved and historic centre of prayer and monastic hospitality. We ask Almighty God’s blessing on this new venture. Our hope is that the presence of these two distinct monastic communities on this outstandingly beautiful and historic estate will enrich this oasis of peace for the many who visit, and be a powerful witness of monastic generosity and prayer. 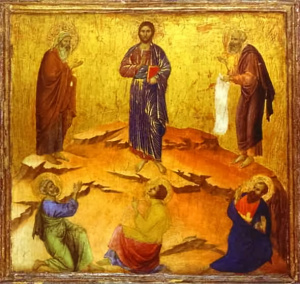