Here are some words from Pope St John Paul II, spoken at the canonisation of today’s saint: ‘“Greater love has no man than this, that a man lay down his life for his friends”. From today on, the Church desires to address as “Saint” a man who was granted the grace of carrying out these words of the Redeemer in an absolutely literal manner. For towards the end of July, 1941, when the camp commander ordered the prisoners destined to die of starvation to fall in line, this man – Maximilian Maria Kolbe – spontaneously came forward and declared himself ready to go to death in the place of one of them. This readiness was accepted and, after more than two weeks of torment caused by starvation, Father Maximilian’s life was ended with a lethal injection on August 14, 1941. … In this canonisation liturgy there seems to appear before us that “martyr of love” of Oswiecim (as Paul VI called him), saying: “O Lord, I am thy servant. I am thy servant, the son of thy handmaid. Thou hast loosed my bonds”. … What happened in the starvation bunker in the concentration camp at Oswiecim (Auschwitz) on August 14, 1941? The reply is given in today’s liturgy. “God tested” Maximilian Maria “and found him worthy of himself”.

May his life and his death inspire us today, and may God bless you with a like spirit of generosity and givenness. 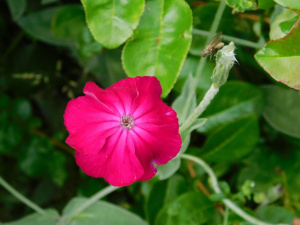