Today is also the Optional Memoria of St Aidan, Bishop, and the Saints of Lindisfarne. St Aidan was born in Ireland, and became a monk on Iona, coming to the North of England to preach the Gospel at the invitation of King Oswald. It was he who founded the monastery of Lindisfarne, of which the ruins can still be seen today.

St Bede said of him: ‘It was the highest commendation of his doctrine, with all men, that he taught no otherwise than he and his followers had lived; for he neither sought nor loved anything of this world, but delighted in distributing immediately among the poor whatsoever was given him by the kings or rich men of the world. He was wont to traverse both town and country on foot, never on horseback, unless compelled by some urgent necessity; and wherever in his way he saw any, either rich or poor, he invited them, if infidels, to embrace the mystery of the faith or if they were believers, to strengthen them in the faith, and to stir them up by words and actions to alms and good works’.

St Aidan died on this day in the year 651. May he pray for us, and his example inspire us; and may God bless you this day. 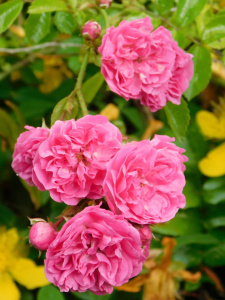