These are the concluding words of today’s Gospel: ‘And he took a child, and put him in the midst of them; and taking him in his arms, he said to them, “Whoever receives one such child in my name receives me; and whoever receives me, receives not me but him who sent me.”’

There is an ancient tradition that this child was the future St Ignatius of Antioch. St Francis de Sales said: ‘The fact is this: Our Lord, seeing a little child one day, picked him up, kissed him and showed him to the Apostles, saying: “I tell you solemnly, unless you become like this little child you will never enter Paradise”. Many say that this child was St. Martial, who later became Bishop of Limoges; but the more common opinion is that it was St. Ignatius the martyr … Oh, how blessed was this glorious St. Ignatius, since he was taken up into Our Lord’s arms and given as an example to the Apostles! How precious and sweet was that kiss! What sacred, secret words Our Lord said to this happy child as He kissed him! How blessed he was to allow himself to be carried and handled by the Saviour, who rewarded him by engraving His own sacred Name in the depths of his heart!’

May we be inspired by that same courageous heart, which was yet filled with simple and childlike faith. May God bless your Sunday. 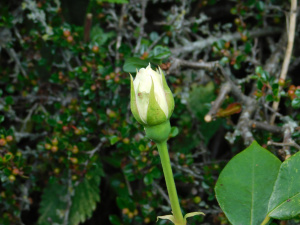