Here is today’s Gospel reading: ‘One sabbath when he went to dine at the house of a ruler who belonged to the Pharisees, they were watching him. And behold, there was a man before him who had dropsy. And Jesus spoke to the lawyers and Pharisees, saying, “Is it lawful to heal on the sabbath, or not?” But they were silent. Then he took him and healed him, and let him go. And he said to them, “Which of you, having an ass or an ox that has fallen into a well, will not immediately pull him out on a sabbath day?” And they could not reply to this’.

St Cyril of Alexandria commented: ‘A Pharisee, of higher rank than usual, invited Jesus to a banquet: and He, although He knew their malice, went with him, and dined in their company. And He submitted to this act of condescension, not to honour His inviter, but rather to benefit those in whose company He was, by such words and miraculous deeds as might lead them to the acknowledgment of the true service, even that which is taught us by the gospel. … But what was the miracle of which they were spectators? There was a certain man before Him who had the dropsy: the Lord therefore asks the lawyers and Pharisees, whether it is lawful to heal on the sabbath day or not? “But they”, it says, “were silent.” But why, O lawyer, were you silent? Quote something from the scriptures; show that the law of Moses ever blamed the doing good on the sabbath: prove to us that it wishes us to be hardhearted and unmerciful, because of the rest for our bodies; that it forbids kindness, in order that we may honour the sabbath. But this you cannot prove from any part of it. And as they were silent from malice, Christ refutes their immitigable shamelessness by the convincing arguments which He uses. … The God of all ceases not to be kind: He is good and loving unto men: He instituted not the law of Moses as the mediator of harshness, nor appointed it as a teacher of cruelty, but rather to lead you on to the love of your neighbour’.

This day, may we find it possible to perform some small act of kindness out of love for our neighbour, and may God bless you in it. 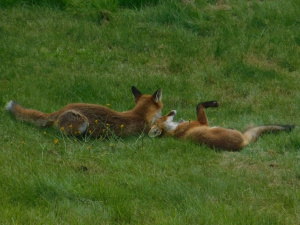