Here is our Old Testament reading, from the book of Sirach: ‘Then the prophet Elijah arose like a fire, and his word burned like a torch. He brought a famine upon them, and by his zeal he made them few in number. By the word of the Lord he shut up the heavens, and also three times brought down fire. How glorious you were, O Elijah, in your wondrous deeds! And who has the right to boast which you have? You who were taken up by a whirlwind of fire, in a chariot with horses of fire; you who are ready at the appointed time, it is written, to calm the wrath of God before it breaks out in fury, to turn the heart of the father to the son, and to restore the tribes of Jacob. Blessed are those who saw you, and those who have been adorned in love; for we also shall surely live’.

St Teresa Benedicta of the Cross (Edith Stein) said of Elijah: ‘Anyone who is so unconditionally faithful to God can also be certain of God’s faithfulness. He is permitted to speak “as someone who has power,” may open and close heaven, may command the waters to let him walk through and remain dry, may call down fire from heaven to consume his sacrifice, to execute punishment on God’s enemies, and may breathe new life into a dead person. We see the Saviour’s predecessor provided with all the graces that he has promised to his own. And the greatest crown is still in reserve for him: Before the eyes of his true disciple, Elisha, he is carried off in a fiery carriage to a secret place far from all human abodes. According to the testimony of Revelation, he will return near the end of the world to suffer a martyr’s death for his Lord in the battle against the Antichrist’. 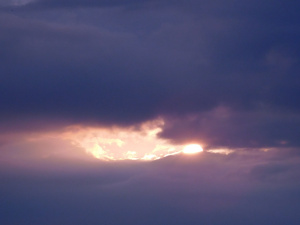