Here is today’s Gospel, from Mark: ‘And when he returned to Capernaum after some days, it was reported that he was at home. And many were gathered together, so that there was no longer room for them, not even about the door; and he was preaching the word to them.  And they came, bringing to him a paralytic carried by four men. And when they could not get near him because of the crowd, they removed the roof above him; and when they had made an opening, they let down the pallet on which the paralytic lay. And when Jesus saw their faith, he said to the paralytic, “My son, your sins are forgiven.” Now some of the scribes were sitting there, questioning in their hearts, “Why does this man speak thus? It is blasphemy! Who can forgive sins but God alone?” And immediately Jesus, perceiving in his spirit that they thus questioned within themselves, said to them, “Why do you question thus in your hearts? Which is easier, to say to the paralytic, ‘Your sins are forgiven,’ or to say, ‘Rise, take up your pallet and walk’? But that you may know that the Son of Man has authority on earth to forgive sins” — he said to the paralytic — “I say to you, rise, take up your pallet and go home.” And he rose, and immediately took up the pallet and went out before them all; so that they were all amazed and glorified God, saying, “We never saw anything like this!”’

St John Paul II commented: ‘Jesus himself explains … when he heals the paralytic: “That you may know that the Son of man has authority on earth to forgive sins” – he said to the paralytic – “I say to you, rise, take up your pallet and go home”. Even before working cures, Jesus had already conquered sin by overcoming the “temptations” which the devil presented to him during the time he spent in the wilderness after being baptised by John. To fight the sin that lurks in us and around us, we must follow in Jesus’ footsteps and learn the sense of his constant “yes” to the Father’s plan of love. This “yes” demands our total commitment, but we would not be able to say it without the help of that grace which Jesus himself obtained for us by his work of redemption.

May we, too, ‘learn the sense of His constant ‘Yes’ to the Father’ – as St Paul would say, ‘For the Son of God, Jesus Christ, whom we preached among you, Silvanus and Timothy and I, was not Yes and No; but in him it is always Yes. For all the promises of God find their Yes in him’. We pray for the grace to make this constant ‘yes’ to God, whatever that involves, and may God bless you this day. 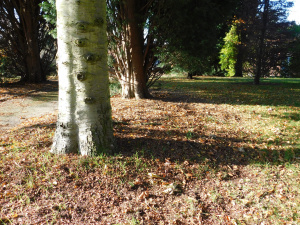