The image shows the entrance to St Anthony’s cave, high above the desert plateau, near the Red Sea in Egypt.

St Athanasius describes the call of Anthony in this way: ‘After the death of his father and mother he was left alone with one little sister: his age was about eighteen or twenty, and on him the care both of home and sister rested. Now it was not six months after the death of his parents, and going according to custom into the Lord’s House, he communed with himself and reflected as he walked how the Apostles left all and followed the Saviour; and how they in the Acts sold their possessions and brought and laid them at the Apostles’ feet for distribution to the needy, and what and how great a hope was laid up for them in heaven. Pondering over these things he entered the church, and it happened the Gospel was being read, and he heard the Lord saying to the rich man, “If thou wouldst be perfect, go and sell that thou hast and give to the poor; and come follow Me and thou shalt have treasure in heaven.” Antony, as though God had put him in mind of the Saints, and the passage had been read on his account, went out immediately from the church, and gave the possessions of his forefathers to the villagers–they were three hundred acres, productive and very fair –that they should be no more a clog upon himself and his sister. And all the rest that was movable he sold, and having got together much money he gave it to the poor, reserving a little however for his sister’s sake. … And again as he went into the church, hearing the Lord say in the Gospel, “be not anxious for the morrow,” he could stay no longer, but went out and gave those things also to the poor. Having committed his sister to known and faithful virgins, and put her into a convent to be brought up, he henceforth devoted himself outside his house to discipline, taking heed to himself and training himself with patience’.

May St Anthony, the ‘Father of monks’, pray for us all, that we may be faithful to our vocation, and may God bless you this day. 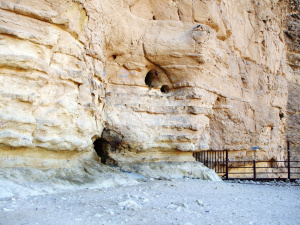