St Benedict of Aniane was a monastic reformer of the eighth to ninth centuries, in Europe. He was born into a noble Visigoth family, entering the monastery of Sainte-Seine near Dijon about the year 770 – 773. He then became a hermit on his family estate, and lived on the banks of the Aniane river, where others soon joined him. He instigated a reform of Benedictine monastic life which was thoroughgoing and lasting. The son of Charlemagne brought him eventually to his court in Aachen, which led eventually to the founding of the Abbey of Kornelimünster, where he died in 821.

May he pray for us, and for all Benedictines, and may God bless you. 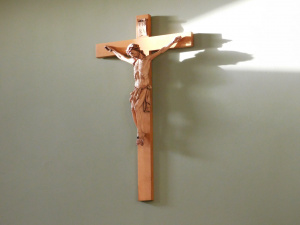