In today’s Gospel we have the parable of the unforgiving servant. Here is the beginning of the passage: ‘Then Peter came up and said to him, “Lord, how often shall my brother sin against me, and I forgive him? As many as seven times?” Jesus said to him, “I do not say to you seven times, but seventy times seven’.

On 13 May 1981, the feast of Our Lady of Fatima, in St Peter’s Square, Pope (now St) John Paul II was shot four times and seriously wounded. Later, the Holy Father forgave his would-be assassin for the attempt on his life. He later said, ‘It was a Mother’s hand that guided the bullet’. One of those bullets was later encased in the crown of the image of Our Lady of Fatima.

Pope John Paul’s brave initiative is an example of us all. We ourselves shall be forgiven, as we have forgiven others their sins, as we know from the Lord’s Prayer. May we know this liberating truth in our lives and relationships, and may God bless you. 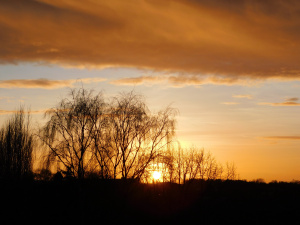