Here is part of the Decree establishing the Memoria, given in 2018: ‘The joyous veneration given to the Mother of God by the contemporary Church, in light of reflection on the mystery of Christ and on his nature, cannot ignore the figure of a woman, the Virgin Mary, who is both the Mother of Christ and Mother of the Church. In some ways this was already present in the mind of the Church from the premonitory words of Saint Augustine and Saint Leo the Great. In fact the former says that Mary is the mother of the members of Christ, because with charity she cooperated in the rebirth of the faithful into the Church, while the latter says that the birth of the Head is also the birth of the body, thus indicating that Mary is at once Mother of Christ, the Son of God, and mother of the members of his Mystical Body, which is the Church. … Indeed, the Mother standing beneath the cross accepted her Son’s testament of love and welcomed all people in the person of the beloved disciple as sons and daughters to be reborn unto life eternal. She thus became the tender Mother of the Church which Christ begot on the cross handing on the Spirit. Christ, in turn, in the beloved disciple, chose all disciples as ministers of his love towards his Mother, entrusting her to them so that they might welcome her with filial affection. … Thus the foundation is clearly established by which Blessed [now Saint] Paul VI, on 21 November 1964, at the conclusion of the Third Session of the Second Vatican Council, declared the Blessed Virgin Mary as “Mother of the Church, that is to say of all Christian people, the faithful as well as the pastors, who call her the most loving Mother” and established that “the Mother of God should be further honoured and invoked by the entire Christian people by this tenderest of titles”’.

May Mary, Mother of the Church, pray for each one of us in her tender love, and may God bless you this day. 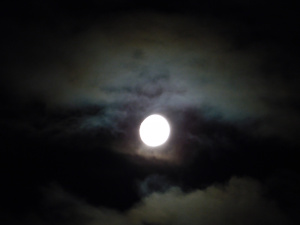