This sixteenth century Jesuit saint had a profound spiritual awakening at the age of 7. Reading about the Jesuits made him convinced that God was calling him there, but because of family pressures, it was some four years before he could enter. In 1591, the plague struck Rome, and the Jesuits opened a hospital to care for the victims. Aloysius caught the disease, and although he recovered, he was left so weak that eventually he died, at the age of 23.

In a letter to his mother, he wrote: ‘When He takes away what He once lent us, His purpose is to store our treasure elsewhere, more safely, and bestow on us those very blessings that we ourselves would most choose to have’.

May this young saint pray for us, and may God bless you this day. 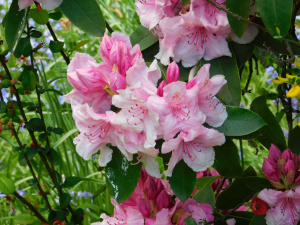