Here is today’s Gospel, from St Matthew: ‘At that time Jesus declared, “I thank thee, Father, Lord of heaven and earth, that thou hast hidden these things from the wise and understanding and revealed them to babes; yea, Father, for such was thy gracious will. All things have been delivered to me by my Father; and no one knows the Son except the Father, and no one knows the Father except the Son and any one to whom the Son chooses to reveal him”’.

St Augustine commented: ‘It is … expressed thus, that we may understand that both the Father and the Son Himself are revealed by the Son, inasmuch as He is the light of our mind; and what is afterwards added, And he to whom the Son will reveal, is to be understood as spoken of the Son as well as the Father, and to refer to the whole of what had been said. For the Father declares Himself by His Word, but the Word declares not only that which is intended to be declared by it, but in declaring this declares itself.’.

It is by the grace of the Holy Spirit that we are drawn into the love of the Father and the Son. This is the work of prayer. May we be faithful in this undertaking, this work of love which God longs to bring to perfection in us, and may God bless you in it. 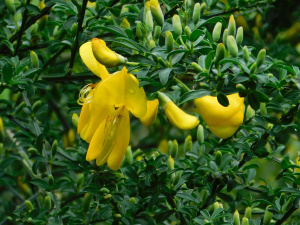