Here is part of today’s Gospel, from St Matthew: ‘Then some of the scribes and Pharisees said to him, “Teacher, we wish to see a sign from you.” But he answered them, “An evil and adulterous generation seeks for a sign; but no sign shall be given to it except the sign of the prophet Jonah. For as Jonah was three days and three nights in the belly of the whale, so will the Son of man be three days and three nights in the heart of the earth”’.

St John Chrysostom commented: ‘Now is He striking the first note of the doctrine of His resurrection, and confirming it by the type. … For as Jonas, says He, was three days and three nights in the whale’s belly, so shall the Son of Man be three days and three nights in the heart of the earth. Thus, He said not indeed openly that He should rise again, since they would have even laughed Him to scorn, but He intimated it in such manner, that they might believe Him to have foreknown it. … But see how exactly He expresses it, even though in a dark saying. For He said not, In the earth, but, In the heart of the earth; that He might designate His very sepulchre, and that no one might suspect a mere semblance. And for this intent too did He allow three days, that the fact of His death might be believed’.

The pattern of death and resurrection is woven profoundly into our ordinary lives, if we have eyes to see. Particularly we need to trust that, in challenging times, resurrection will surely come, for He has promised it. May God lead you into an ever deepening trust in His purposes, and may He bless you this day. 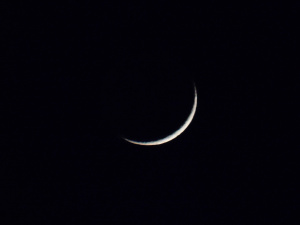