This nineteenth century Maronite saint lived as a hermit for most of his life, in Lebanon. He had a great devotion to the Holy Eucharist, and his holiness was recognised even in his lifetime. He is said to have recited this prayer frequently: ‘Father of Truth, behold Your Son a sacrifice pleasing to You, accept this offering of Him who died for me. …’ On 16 December 1898, he had a stroke whilst reciting this same prayer, and died eight days later, on Christmas Eve. 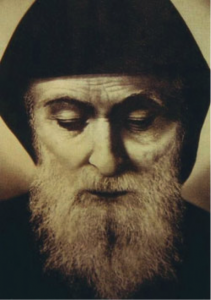